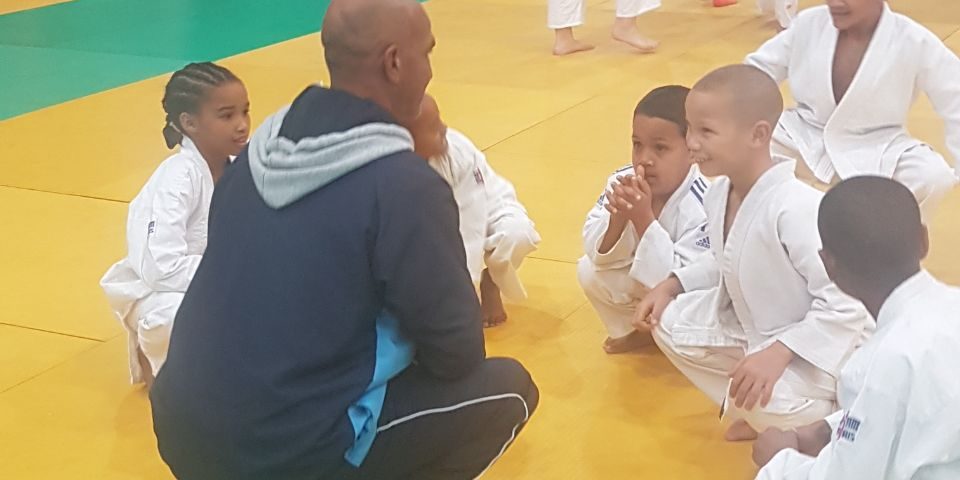 Stellar Foundation’s Judo team won three gold medals and a bronze medal at this year’s South African Judo Championship, held in July in Bloemfontein. All thirteen members of the team were chosen to compete.

This annual competition kicked off on Sunday, 2 July at the University of Free State’s Callie Human Centre. There were participants from all over South Africa and the age categories ranged from nine years to over sixty years old.

According to Gert Loubser, coordinator of Stellar Foundation’s sports teams, the children that take part in judo become more independent, improving their discipline and nurturing their talent in the process.

“It is very important for children to take part in judo, because we have found that it is a stimulating activity and that the children’s schoolwork improves by the day,” said Loubser.
Loubser also explained that the Stellar Foundation team have only achieved white belts, but competed against black belt champions. Stellar Judo was created on the 14th of February 2015 by Stellar Winery. At that time judo was an unknown sport for the children on the farm. Stellar was fortunate enough to have an employee, Owen Palm, working at Stellar who had experience with judo training.

More children in the area are welcome to join the judo team and get involved in the sport. According to Loubser they will establish judo clubs in the Klawer and Vredendal-Noord area in the near future due to the large amount of interest in judo and the need for more teams.

“We are very proud of the members in our judo team and their achievements in the competition,” said Loubser.